More than 200 years have passed since Dr. James Parkinson wrote an essay on what he termed the ‘shaking palsy.’ Much has been learned about Parkinson’s disease but there is still more to know and do.

What can we do?

We can all do something to help others know about Parkinson’s or know more about it. There may be no better time to do so than the month of April, which is Parkinson’s Awareness Month (PAM). If you feel pressured by a month-long effort, then choose action for one day. Some people choose to highlight World Parkinson's Disease Day but there are many ways to take action any day of the year.

Persons living with Parkinson’s have even greater purpose to reach out because they live with PD every day. You are not sure what you can say or do that will make a difference? Here are some ideas in the hope most or all are possible even while we practice the social distancing recommended by health officials.

Shout information about Parkinson’s from the rooftops (or the following substitutes). 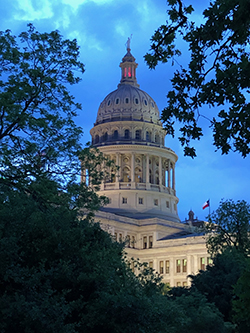 How about recording a 30-second public service announcement (PSA) at a local radio station? The primary objective of your PSA is to raise awareness of Parkinson’s. You might have time to include information about your local support group or that might be a second PSA. If your voice is growing quieter due to PD, then consider a PSA for the local SpeakOUT!® or Loud Crowd® classes in your area. Concerned about maintaining proper social distancing guidelines if you go to the radio station? Substitute a pre-arranged call-in to a local DJ, request that last year's PSAs are played if there are some available, or send the written PSAs to your local station for someone there to record.

Call your local mayor and or state governor to request that he/she proclaim April as Parkinson’s Awareness Month. Be ready to attend the local city meeting and/or the state legislature reading of the proclamation. You may well be the person to whom the written document is given. Many officials have informed their local constituents that there will be no proclamations this year since people cannot gather, but perhaps you will find a creative way to get this done anyway and if not, try the next idea.

Yes, bradykinesia may slow your typing but don’t let that stop you. 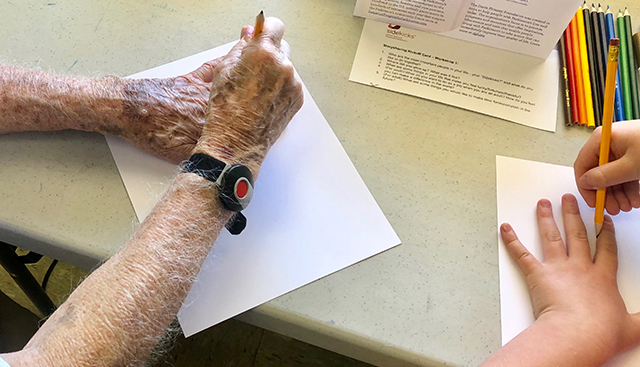 Write a letter to the editor with information about Parkinson’s in general and include local resources. Begin your letter by identifying April as Parkinson’s Awareness Month and share information about PD, including motor and non-motor symptoms. Add accurate statistics about the prevalence of PD in your region. End by identifying local exercise options and support groups. Avoid doom and gloom. That helps no one.

Look for as many online options as you can to comment about living well with PD. Facebook (at the very least you change your cover photo to one with "April is Parkinson's Awareness Month" on it). Instagram. Twitter. Parkinsonsdisease.net. Parkinson’s related blogs. Local gyms and/or PD specific exercise groups.

If you did not want to call the office of your mayor or governor or that was unsuccessful this year due to social distancing, then write a request for the proclamation of April as Parkinson’s Awareness Month. Perhaps the proclamation will make its way into some official channel of communication despite the fact there cannot be a gathering of people for a verbal announcement.

Vigorous exercise is helpful to everyone, especially those with Parkinson’s. Combine activity with increasing public awareness through a special event albeit a public gathering is not possible this year. It could be a virtual event that participants join online.

Walk a certain distance to raise funds in support of a Parkinson’s non-profit or local support group. You can also participate in a Parkinson’s Moving Day if one takes place near you. Walking indoors may be tracked with devices ranging from a simple pedometer to wearable technology like a Fitbit, Garmin or Apple device.

Cyclists may look for indoor fundraising options or outdoor races or rides although everything may have to be solo this year. Riding your bike in April may be too chilly in general, or prohibited this year, so see if there is something offered later in the year and begin making people aware of it in April.

Create opportunities for persons of all ages in your area to get involved in raising awareness about Parkinson’s.

Contact a local television station and volunteer to be interviewed. A local channel might have an online form you can fill out to request airtime during a community spotlight session. Offer to share information about an upcoming Parkinson’s-specific event or remind the station to send a reporter to a local PAM event. Technology is our friend when it comes to the many ways your interview can be conducted from your home. 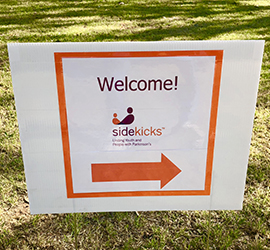 Conduct Sidekicks® or Sidekicks® Anytime. These programs match adults with Parkinson’s with children/teens during one to four 60-minute art sessions. The information that is shared educates youth. The conversation and creative activities are good for all! Plan early and conduct Sidekicks® in April or raise awareness about a program you begin to organize in April and conduct later in the year. Both programs are offered through the Davis Phinney Foundation for Parkinson’s in conjunction with several agencies.

These options and others you discover will increase awareness and inspire positive attitudes toward Parkinson’s. Download the Parkinson’s Foundation April 2020 calendar for more ideas. Check social media for Parkinson’s specific conversations and support, including Parkinsonsdisease.net.

You may also find helpful information on the web:

Are Your Skin Problems Related to Parkinson’s?

Have you seen our new forums yet?