The Illusion of Control: Adapting to Parkinson’s Disease (Part 1 of 3) 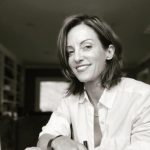 “Fear is the cheapest room in the house, I’d like to see you living in better conditions.” – Hafiz

In this time of unprecedented horrors and ongoing injustice, I find myself grasping at the illusion of control. Perhaps this sounds strange, but I don’t have control over anything, least of all my own body as slowly becomes a cage. When friends complain about the flu or a twisted ankle for feeling a little dizzy I’m filled with envy, wishing I could have such worries instead of an incurable, progressive, degenerative brain condition called Parkinson’s.

My greatest fear with Parkinson’s

My greatest fear is not that I’ll get smaller and give in to depression or apathy as Parkinson’s takes everything from me including my will to live, but that I’ll become that cat lady who falls in her hoarder kitchen nobody finds for weeks. If I wasn’t so proud of remaining entirely independent and needing no one, maybe I would ask for help. As this disease progresses, I’m becoming acutely aware that support is a necessity, not a choice.

After making cracks about his speed, she introduced herself this way in front of him as if he wasn’t even there, and without a trace of irony. I don’t want someone to do this to me, and I don’t want to owe anyone anything – I’ve always been the giver. it’s hard to ask for help when you are the one who always took charge, took care of everybody, made the plans, and got the job done while juggling ten other situations and projects with relative ease.

I enjoy answering impossible questions with questions, a habit I’ve adopted after spending enough time with The Brits. Oh the Brits! How I love your sardonic witty repartee, stealthily avoiding and replacing transparency with riddles and clever banter in any conversations! I remember walking around a room during a production at The World Parkinson’s Congress basically telling people to stop talking while Gaynor Edwards, who is all class and grace, whispered politely…

“It would be so nice if you’d consider giving Emma your attention during her lovely routine, thank you.”

Americans, and New Yorkers in particular, are not known for our subtlety. I’m reactive and distracted to begin with, and dopamine agonists have only intensified my impulsivity.

If I could’ve gotten away with it, I probably would’ve pinched the loud folks chattering away at our table as Emma was speaking. It turns out they were actually preparing their own bit because they had been chosen to go up next. I offered them the consideration that they failed to show other presenters, but only because Gaynor had asked so politely.

How do we survive Parkinson’s?

People with Parkinson’s are challenged beyond the norm and must adapt and participate if we want to live through our increasing challenges. So how do we do it? Maintain and cope, and thrive, or just survive this motor symptom disorder with the benign name. It sounds like we’re meeting up for tea with some colleagues or joining an afternoon workshop.

I don’t want a caregiver. I want to be loved and valued, just like everyone else. I will see the bright side, or adapt as Dan Glass suggests in one of his articles on ParkinsonsDisease.net.

I also agree with John Bennett, another ParkinsonsDisease.net advocate, who mentioned my friend’s father and his dementia in his article about staying positive in tough circumstances.

Many of us plan on staying positive or at least staying active, but with all these challenges it’s not as easy as it appears. For example, how do you hit the gym before work when you haven’t slept? It’s no mystery why exercise is one of our most potent and necessary “treatments”, but when your knuckles are dragging and you can barely lift your head, it becomes highly unlikely you’ll make it to that increasingly humiliating Zumba class.

Adaptation is the key to living well with Parkinson’s. It can’t be all sunshine and flowers, though things like gardening help. Learning to communicate needs and expectations helps too, but there is something most important. The concept of radical acceptance Tara Brach mentions in her book of the same name is explored more fully here, but as they say, there are many paths.

What can you do to let go of the illusion of control?

Consider what you may do to let go of the illusion of control over Parkinson’s and how you might find such acceptance. For me, connection holds the number one space in my treatment plan, by a stretch. In the next installment of this series, I’ll offer ways to stay connected and think outside the box as we navigate our personal armageddons.

Until then, a heads up to remain aware of the various ways you’re completely normal. Understand that the hunt for that next hit of dopamine may be more of a distraction and less of a connection.