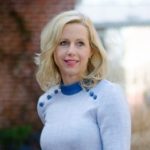 A recent family vacation with friends to the Great Smoky Mountains included a painful reminder that at times I still struggle to manage my symptoms, no matter how hard I try. It also served as a reminder that I don’t have to let those struggles steal my joy.

Our plans for the trip included lots of fun activities like snow tubing, ice skating, and skiing to name a few. Snow skiing did not go quite as I had planned. I’ve been skiing before, but it has been a long time and it was pre-Parkinson’s. I completely underestimated the physical demands skiing puts on the body. That coupled with the heavy boots and skis, the situation was a recipe for disaster.

I woke up the morning of our ski day feeling good, but I was definitely tired from traveling. On our way to the slopes, we stopped for breakfast where I inadvertently consumed too much protein. I did not increase my dose of carbidoba/levodopa until it was too late to make a difference.

We decided to take a ski lesson as a refresher. It started great. The instructor even complimented me on my technique. Then about thirty minutes in I got THAT feeling – the physical weakness and the indescribable fatigue that takes over me during an off period. My brain was telling my body to move so I could stop my somewhat rapid downhill descent, but I could not control my legs to stop. So, I fell. Problem was that I could not get back up. I even lacked the strength to get my ski boot out of the ski.

As I laid on the ground praying for strength to get up, I could hear the instructor yelling words of encouragement for me to stand up. Holding back tears I said “I can’t!” As soon as my husband saw my face he knew what was going on. He came over to help me get out of the skis and to stand up. I was relieved to have rid myself of the skis. Now I just needed to get the clunky boots off, but no, the nightmare continued. The instructor told me that I had to put the skis back on and make my way to a moving platform that would take me back uphill. You can only imagine the words I was screaming in my head. I could barely take a step, but to get where I needed to go I had to step onto a moving platform. Is this some cruel joke?

I could no longer fight back the tears. And, now I felt like everyone was looking at me. As I cried, a fellow ski school student sweetly said “it’s okay honey we all fall. It will come back to you. It’s like riding a bike.” I thought ‘Great! Now people think I’m crying out of the humiliation of falling.’ Any remaining composure quickly left my body. I began sobbing. I was so frustrated for many reasons. My main concern was that I did not want my son to see me upset. I did not want Parkinson’s to rob him of a fun day of skiing with his friends.

My husband explained to the instructor what was happening. She kindly assisted me, and it was not one second too soon when I stepped onto dry ground and could rid myself of the ski boots and skis. Every ounce of energy I had was gone.

The ski school supervisor carried everything back into the lodge for me. He was kind enough to get my belongings out of the locker. He offered to personally give me a ski lesson once the meds took effect and I was feeling better. I politely declined his offer. Instead, I opted to have a drink and enjoy watching my family and friends ski (and sometimes tumble) down the mountain.

Some days I have to accept that body simply will not cooperate in performing the task at hand. That doesn’t mean I have to let it steal my joy. Rather than focus on what I could not do at the moment, I turned my focus to what I could do – take in the pure joy on my son’s face as he skied down the mountain for the first time.

It also doesn’t mean I won’t try again, with a better plan to manage my symptoms. For the time being, I guess I’m a ski school dropout, and I’m okay with that.