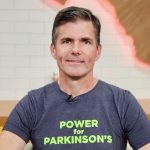 Three months after my diagnosis, I drive to Houston, a three hour trip from my home in Austin that I’ve made many times before, sometimes for work but more often with my family to watch the Houston Astros play. But this time I’m going alone. I have an appointment with “Dr. A” at Houston Methodist.

I’ve decided to connect to one of many national research centers for Parkinson’s disease, where I can participate in clinical trials and have early access to cutting edge treatments. “Dr. T,” my neurologist in Austin, supports this approach and recommended “Dr. A,” assuring me that they could coordinate treatment.

I like the idea of having two expert neurologists on my team.

A visit to my neurologist(s)

I’m sitting in the exam room waiting for Dr. A when another doctor enters the room. He’s young, maybe thirty, and smiles when he introduces himself as “Dr. Z.” Completing a neurology fellowship under Dr. A’s supervision, he says he’ll examine me first and then share his findings when Dr. A arrives. Afterwards, he’ll excuse himself and Dr. A will examine me and we’ll discuss his own findings.

I feel like it’s a buy one, get one free day at Houston Methodist.

Dr. Z puts me through a series of tests. They’re similar to Dr. T’s exam but with a lot more questions. He wants to know how I sleep, and whether I have vivid dreams, and if they’ve included talking or jerking movements in the bed. I consider saying, “Well, that last question is kind of personal, isn’t it,” but instead I tell him that I sleep pretty well and that my wife’s the one who talks in her sleep.

He doesn’t crack a smile.

Onto the next doctor

Dr. A arrives and saves me from any additional comedic failures. He’s about my age and he seems thoughtful and slightly shy. After swiping his ID badge to log in to a computer workstation, he looks over the records I’ve had forwarded to him as well as the notes Dr. Z took. He then rolls his stool over to where I’m sitting and begins putting me through his own exam. It concludes with me walking up and down the hallway as he and Dr. Z. watch.

As I walk, I hear them discussing my lack of arm swing on the left side and see Dr. Z jot notes in a small notebook. He then excuses himself before entering an adjacent exam room, presumably to see his next patient.

I think to myself, this guy knows an awful lot about me, really personal things, and I’ll probably never see him again.

Dr. A and I return to the exam room. He tells me he concurs with Dr. T’s diagnosis and with his decision to start me on Azilect, a Parkinson’s drug. He then asks about non-motor symptoms of PD, things like depression and anxiety, insomnia, and constipation.

I tell him that I’ve struggled with anxiety as I adjust to the idea of having this disease, but that I think I’m managing and it seems to be getting better. He pauses, thinks for a moment, and then says he’s going to give me samples of another medication, something termed a dopamine agonist.

“It’s called the Neupro patch, he says, “It’ll help with the anxiety.”

I decide not to take it. I’m managing well enough. Plus, I’ve read that dopamine agonists can have side effects, causing some people to engage in compulsive behaviors like gambling, overspending, or wanting to have sex all the time. Weeks earlier, when I mentioned this last side effect to my wife, Tracey, she said, “It’s like you’ve been on a dopamine agonist for our entire marriage.”

Dr. A tells me I’m a good candidate for several clinical trials because I’m young, in the early stages of the disease, taking only a first-line drug, the Azilect, and because, presumably, I’ll live with Parkinson’s for many years.

“You could be looking at forty years with this disease,” he says.

I like hearing this figure, but decide to ask him about my life expectancy, nonetheless. He tells me that most of the data say I should live as long as I would if I didn’t have Parkinson’s, give or take six months. When I ask about disease progression he’s reluctant to make a prediction.

He pauses, and then asks, “So, do you have other questions?”

“None of the Parkinson’s medications or the disease prevents you from drinking alcohol,” he says.

I tell him this is good news, and that I’d like to be considered for any trials he’s leading.

His smile gets bigger.

He makes a note in my chart and tells me he’ll see me again in six months.

On the drive back to Austin, I alternate between listening to the Grateful Dead on my Spotify account, rehearsing how I’ll tell my parents and children about my disease, and bawling like a baby.