The idea of intimacy seems to divide into two camps when we apply it to Parkinson’s. First is the idea of being able to trust someone with our innermost feelings. We need to know that we will be treated with respect when we open up to someone. The other concept has more to do with Barry White playing in the background.

Whether we’re married or long-term committed, there seems to be a promise of “till death do us part” when we intertwine our mutual situations forever. However, times have changed. All too many people rush into rings and weddings with a quick signature, two words, and an unrealistic hope that life will always be easy-peezy. Unfortunately, marriage isn’t always romantic in that way. Living out that one scene in The Notebook with Rachel McAdams and Ryan Gosling kissing in the rain, over and over, isn’t real.

Sadly, too many people forget the “in sickness” part of “in sickness and in health.” Then, they are abandoned / get divorced. Other people seek to burn the whole house down in order to free their significant other from the tragic burden of watching them suffer through the final stages. Maybe that’s the part of The Notebook that they forget.

Our site has talked about the loss of intimacy and keeping the spark of intimacy before. We’ll do it again and again because without “love,” “appreciation,” “friendship,” and “you’re my kind of person,” what are we?

Way back when, in the Reagan administration, I had the birds and bees explained to me in a couple ways that I think apply here. The first was that when things are happening in that Barry White way, it was a better feeling than “getting a baseball card that I really, really wanted.”

C’mon, I was 11, and my mom was trying to keep the discussion PG!

Looking at it that way, why would anyone want to give up that kind of special feeling, especially to a jerk like PD?

Second, was that Barry White intimacy is something we could do as long as our bodies agreed with the request. In a world before “performance-enhancing” medications, this said a lot. Now, for nearly the price of a dinner for two at a local chain bar and grill, men can be more responsive to this need.

Why does it cost so much? If you needed it and were willing to pay for the ability not to lose it, then you’d see the Law of Supply and Demand in action. Hence, people will overcharge if they can get it. By the way, insurance has limitations here.

That said, as people hit “that” age, they come to realize that either they’re slowing down or their partner is slowing down. It’s a part of life, not just a Married with Children running joke. The concept of marriage being a non-stop Dionysian festival is a myth. This is as true as the John Hughes teenage party life was for most people who grew up in the 1980s.

Recently, I was forced to endure my wife watching Vanderpump Rules. In the episode, the cast members pondered and lamented their changing natures as they coped with body changes / body acceptance in their lives or those of their significant others. Of course, they partied the serious thoughts away. Why think about that when we can party it off?

That said, at least this addressed aging and life on their bodies. We would do well to talk to our partners and doctors about this since very little on Vanderpump involves true intimacy.

With Parkinson’s, our intimacy changes come in the form of a pill or pills, which can have negative effects on libido / finishing. Of course, taking any pill is a value choice. We opt in on the side effects with the benefits we gain when we take our meds. That doesn’t make it easy to accept all consequences, but it allows the med to say, “As long as I’m here, so are my friends.”

From my own experience, I have seen my hand and foot tremors go off the hook during various emotions. These include anger, joy, nervousness, and just waking up. When the computer comes on in my brain, my foot shakes. There’s plenty to be self-conscious about other than just side effects.

Additionally, Parkinson’s gives a feeling like “I always have to go,” even after I just went to the bathroom. This trumps Mr. White’s soulful voice as well.

I’ve also experienced a certain wildness in bed with Parkinson’s related sleep issues (these come up with REM sleep behavior disorder). When I’m asleep, I move around a lot because my “off switch” doesn’t get flipped. As a result, I now have my own bed (like it or not). Since the days of stripping and throwing pillows, I now throw punches (GRRR PD!). When my wife and I stayed in the same bed, both of us would wake up with occasional scratches. Now, I would never ever ever hurt her (she’s my bestest bestest), but Mr. PD doesn’t give a hoot about what you or I would or wouldn’t do. He just does. Now, we’re apart, which is better for both of us on one account. However, it stinks when I want to touch her toes with my toes, just to be close.

Nevertheless, she sleeps better since I don’t move, snore, or unconsciously act out dreams!

Which brings us to the last type of intimacy: Mental connections. I find that we can (reluctantly) accept most things that keep us healthy. Even if it means that we’ll never relive Barry’s voice like we did in those younger days, we’ll be OK. That said, when we give up the hand-holding, kisses, and “I love yous,” then we’re entering a place where Maslow fears to tread. Living out a Cosmopolitan and Maxim lifestyle through our 70-80 or so years is unrealistic. Still, it stinks to think we’re consciously losing an incredibly important ability and opportunity.

Every Parkie will wrestle with this demon of body changes. They MAY also wrestle with medications that increase libido or sex addiction. The point is that the little things and the ability to be intimate in purpose are more important. I didn’t figure this out or accept it overnight, mind you. However, for all the years wondering what was up, I’m glad I have a solid union in my marriage. I hope your life finds you with someone you love, too. 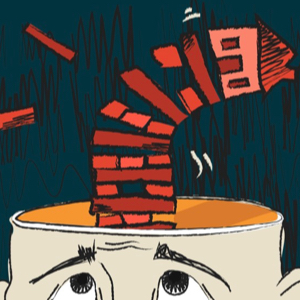 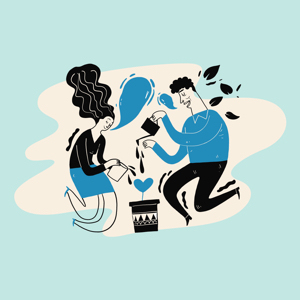 The Always Evolving Shape of Love 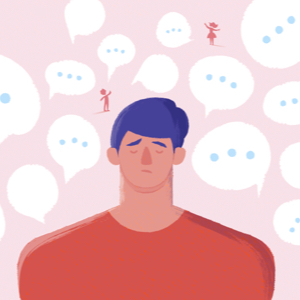 Navigating Relationships with Loved Ones