Picking up the Pieces when Death Hits Close to Home 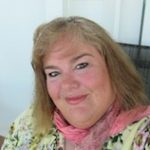 “Some people come into our lives and quickly go. Some stay for a while and leave footprints on our hearts and we are never the same” ~ Flavia Weedn 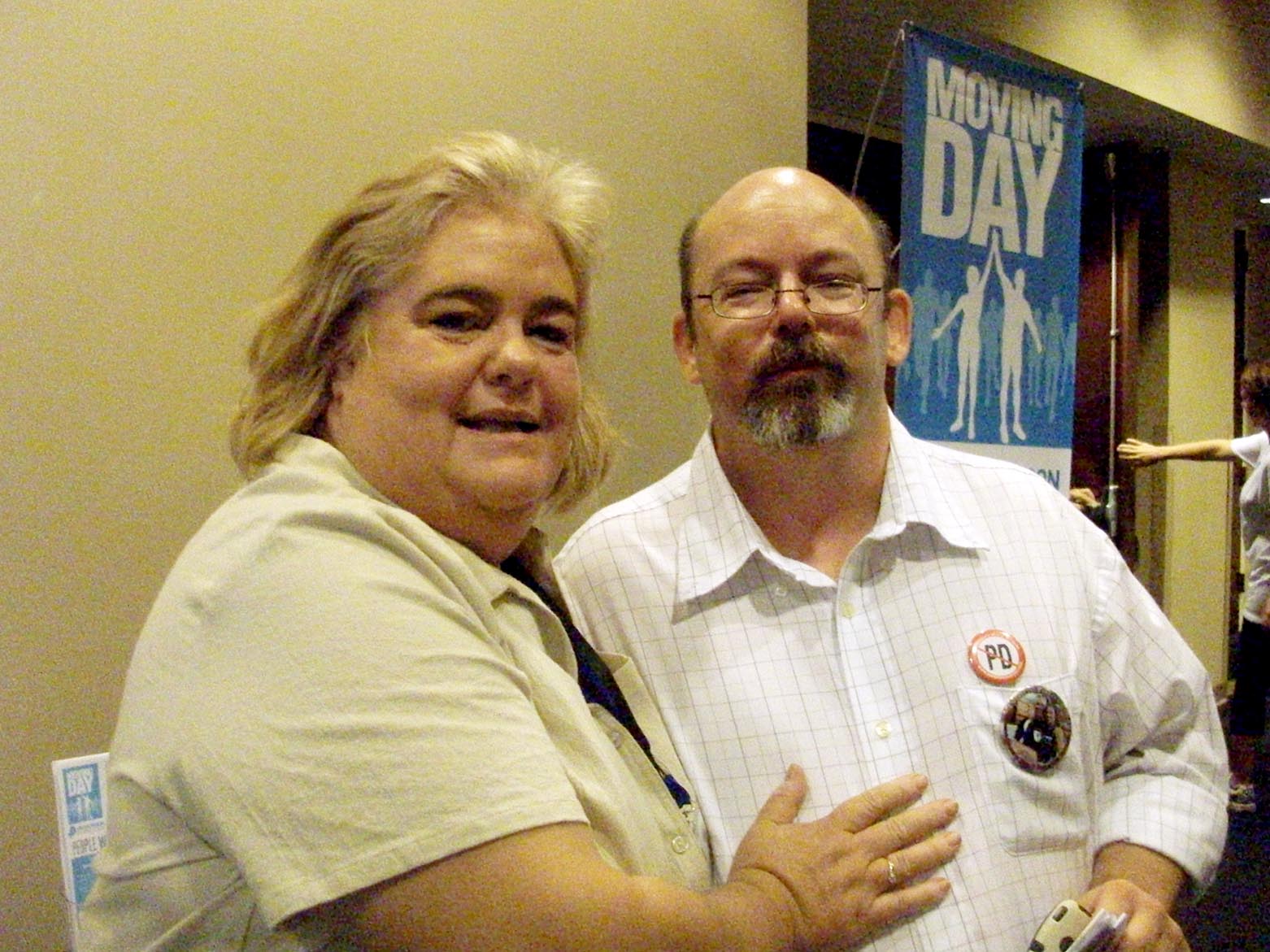 The Parkinson’s community lost a rock star this past week. No, he’s not famous like Muhammed Ali or Michael J. Fox, but to hundreds of people, James Trussell was every bit a rock star, a friend, and a brother. To the outside world, James was probably just your average guy who happened to be battling with young onset Parkinson’s disease (YOPD) for the past 16 years. To those whose lives he touched he was oh so much more!

My husband, Michael, and I have lost several friends in the PD community over the years and some very close to us, but this one, hit a bit too close to home. I guess my way to start to pick up the pieces is to write this article.

One small act of kindness

Way back before social media, my husband, Michael and I started the first online chatroom for people with Parkinson’s, especially young onset, on AOL. This was back in 2002, when there was a message board and our chatroom as the early forms of finding others out there that we could connect with who were going through a similar Parkinson’s journey. James, newly diagnosed happened to wander into our chatroom and reached out to Michael. Michael, in return, reached out to James in an email. That one small act of kindness would become a catalyst for this young man in ways none of us knew at the time.

Knowing you are NOT alone!

It was shortly thereafter that we morphed from simply being an online support group to a non-profit, Movers & Shakers, with the mission to connect physically with others with YOPD and ultimately anyone with Parkinson’s. We came up with the idea to hold a young onset Parkinson’s conference in Atlanta, GA in June of 2003. It was not a typical symposium, it was filled with FUN, dancing, interesting topics for those with YOPD, and a chance for people from all over the place to get to know each other. James was encouraged to attend and did so. He realized at that conference that there were a whole lot of people going through the same journey and he wanted to help! 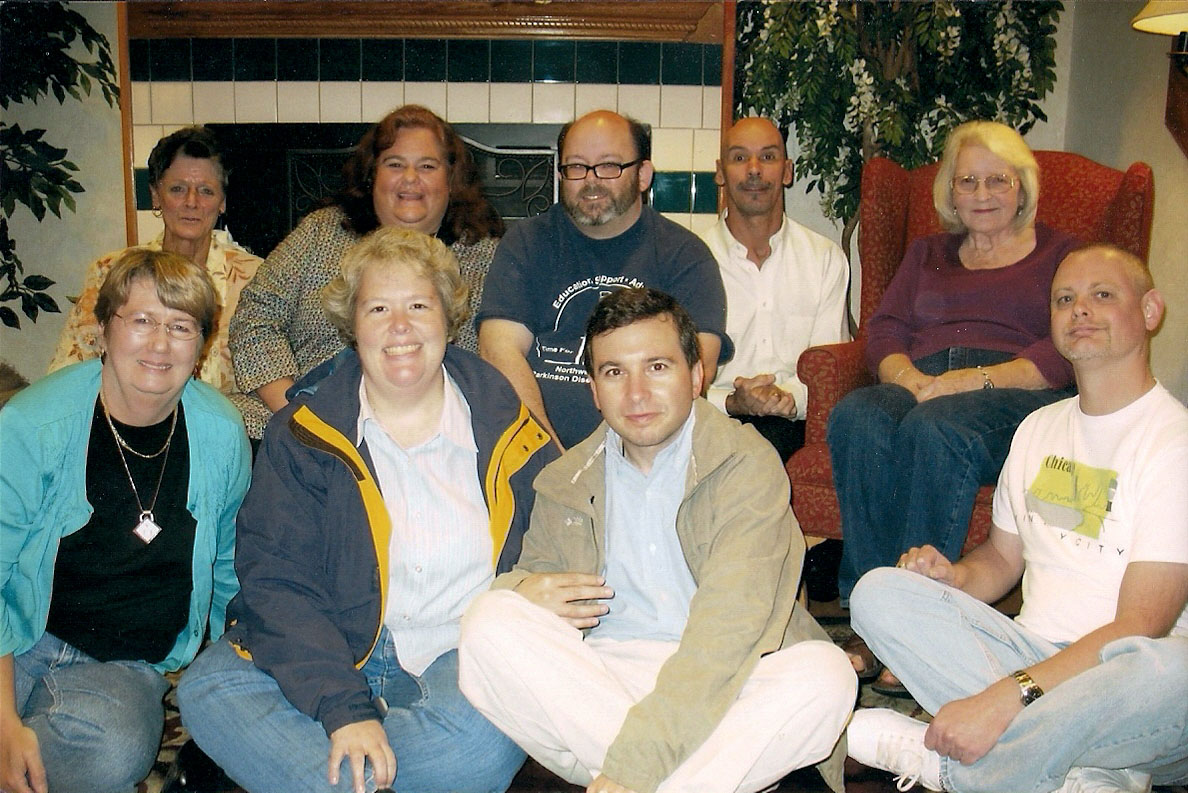 Many of us became involved in advocacy and James was no different. He became the Georgia State Director for the Parkinson Action Network (PAN), based out of Washington DC. We would advocate on behalf of the PD community to our State and U.S Legislators for the needs of those battling Parkinson’s with regards to research funding, Medicare Therapy Caps, VA Benefits, and other issues that were relevant. James received the Milly Konracke Award for Outstanding Advocacy from PAN. His dedication was tireless. He worked with the National Parkinson Foundation as part of the steering committee for the Young Onset Conference for many years and started a support chapter in Georgia. Ultimately, founding the Southeast Parkinson’s Conference that was held on an annual basis in GA, as well as the Cedartown PD Walk. 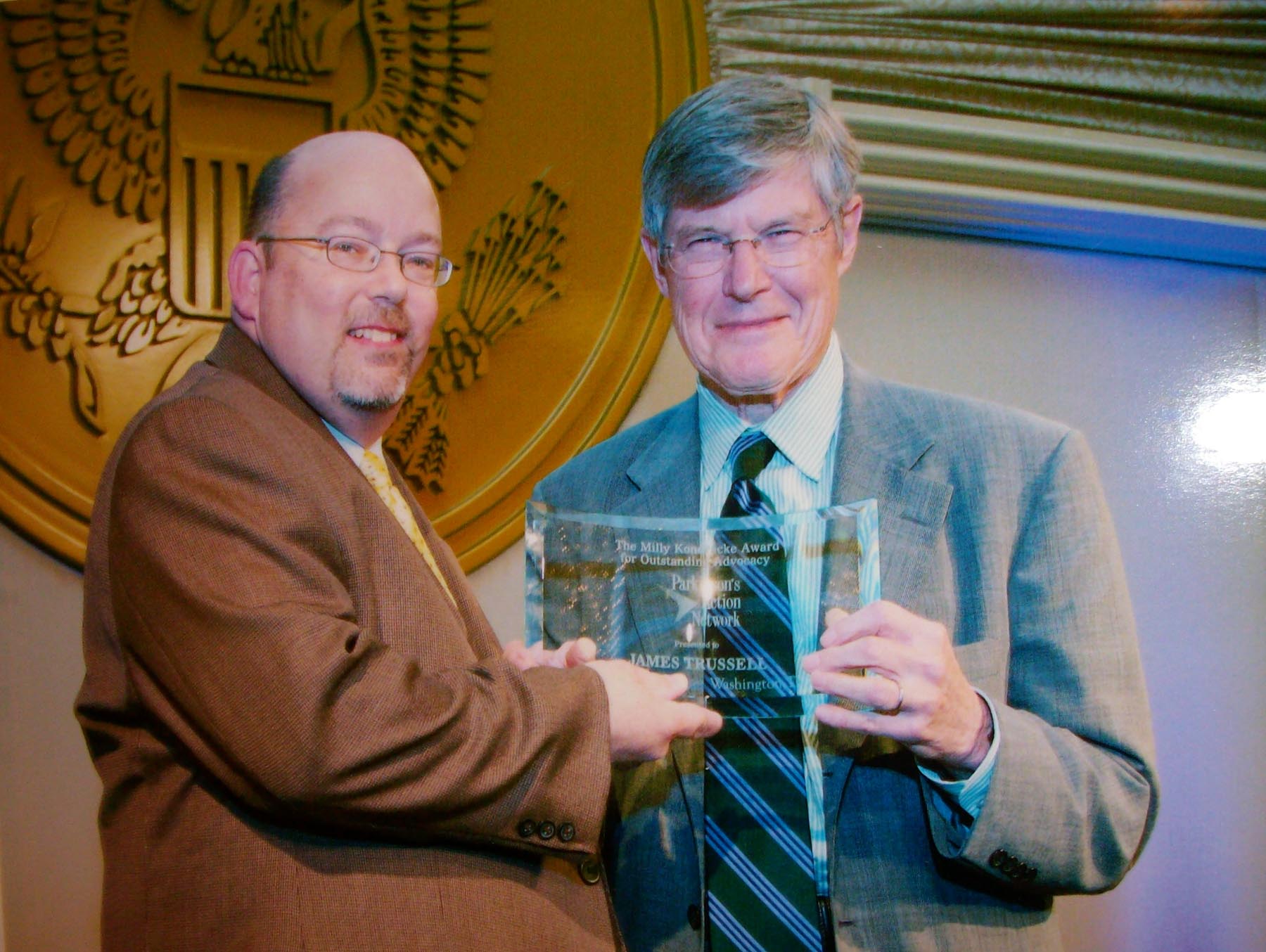 So, why write about this tenderhearted man? He was more than our friend. He became our brother in the journey. He left behind a legacy that we can all hope to live up to. It started with a small act of kindness that changed James’ outlook on life. Finding others made all the difference in the world to him. Ultimately, finding his voice gave him HOPE and his LIFE’S work! He paid it forward by helping hundreds of others with his words and actions and for that he leaves not only a legacy, but a hole in our hearts and in the Parkinson’s Community. He also leaves a challenge for others to step up and do the same in their communities.