Most everyone thinks of Parkinson's as a movement disorder. We call the most common motor symptoms of rigidity, bradykinesia (slow movement), tremor, and postural instability, the cardinal signs of Parkinson’s.

A partial listing of some non-motor symptoms in Parkinson's is somewhat intimidating and include:

Included in this article is a checklist with many different clinical scenarios related to the non-motor symptoms of Parkinson's. Incorporated under the name of each disorder described is hopefully a relatively straightforward definition that will help you understand and learn about these non-motor issues. In this article, I describe only a few of these non-motor symptoms. And please remember: "There are wounds that never show on the body that are deeper and more hurtful than anything that bleeds." - Laurell K. Hamilton

A set of issues is related to reduced cognitive ability, which includes learning and concentrating (cognitive impairment), slowness of thought pattern (bradyphrenia), or just an increased difficulty in finding the right word or recalling/remembering names.

About 20 percent of PwP have some form of reduced cognitive function. At the extreme of the spectrum, some features of dementia may be found in a majority of PwP within 20 years following their diagnosis. This implies that cognitive function is an important facet of our QoL with Parkinson's, and we should be vigilant to keep our mind as active as possible. Think about these words, "Humans create their cognitive powers by creating the environments in which they exercise those powers" - Edwin Hutchins

F. Scott Fitzgerald said, "The worst thing in the world is to try to sleep and not to."

For many PwP, sleep disorders and fatigue are the most troublesome aspects of the disorder.

Sleep issues can combine both motor and non-motor aspects of Parkinson's. The extreme sleep syndrome in Parkinson's is called REM sleep behavior disorder. In some PwP, REM sleep is missing, which leads to acting out of dreams that are vivid and sometimes violent. My sleep disturbance is a subset of the features described above (no hallucinations, vivid dreams, or acting them out) because I have no problem falling asleep, but I can be wide awake 3-4 hrs into my sleep cycle. My internist and I are trying a couple of strategies to help promote a longer sleep cycle and additional deep sleep; if successful, I will write about it in the future.

Feeling tired may be a common issue for many people, working too much, sleeping too little, life-stresses all contribute to fatigue. However, an understudied and not well-characterized occurrence is fatigue in Parkinson's.

Usually, with rest, fatigue will go away; in contrast, fatigue in PwP may linger and not go away. Linked to sleep disorders, fatigue in Parkinson's is likely a huge burden on your QoL. As one might expect, there is a strong link between fatigue and depression.

Reading this post takes courage. I realize the difficulty we face ahead with Parkinson's. The journey will be complex and filled with challenges.

Stay hopeful that the following can happen, "We always hope for the easy fix: the one simple change that will erase a problem in a stroke. But few things in life work this way. Instead, success requires making a hundred small steps go right - one after the other, no slipups, no goofs, everyone pitching in." Atul Gawande 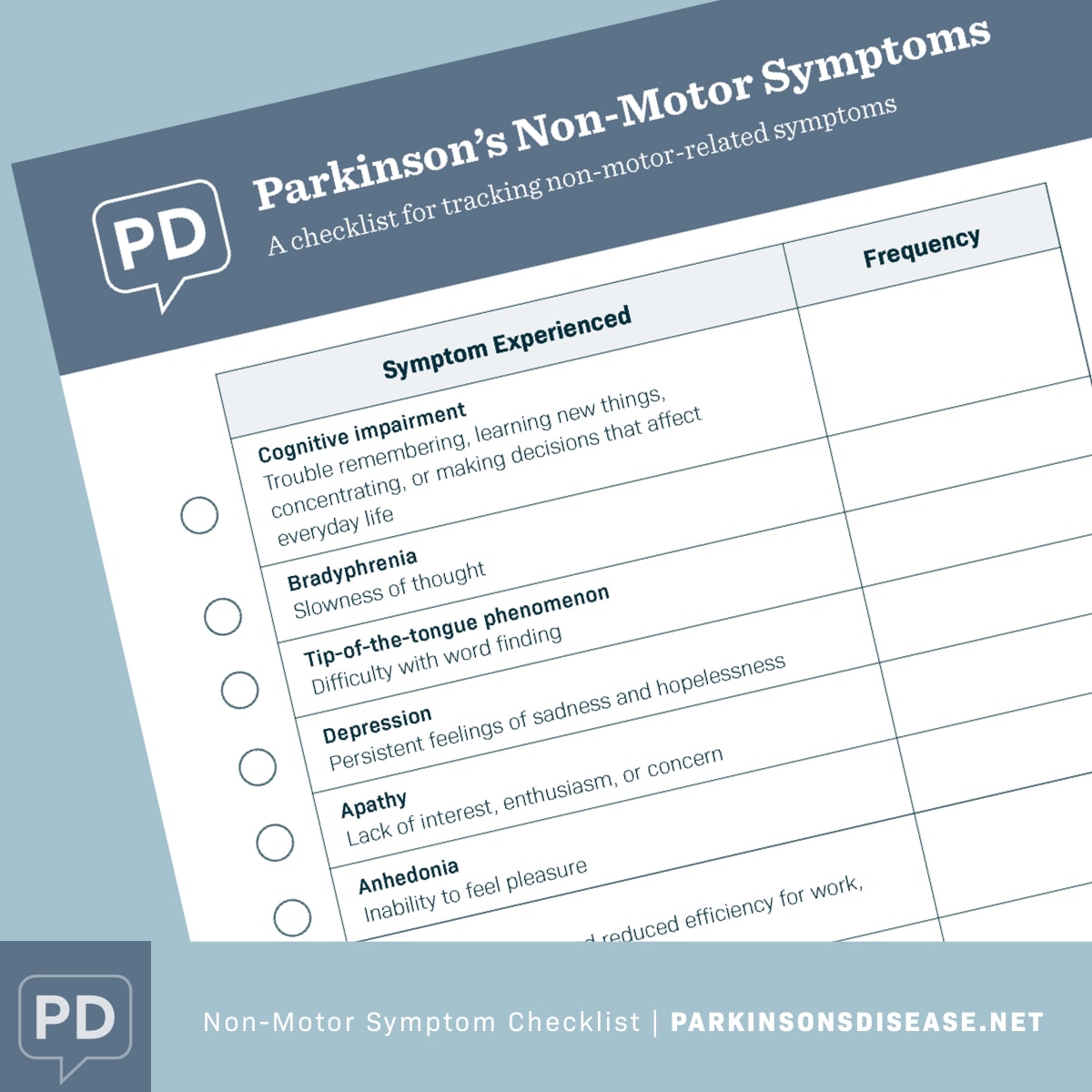 The Parkinson’s Symptoms Nobody Talks About: Results From Our Survey

2 comments
This article represents the opinions, thoughts, and experiences of the author; none of this content has been paid for by any advertiser. The ParkinsonsDisease.net team does not recommend or endorse any products or treatments discussed herein. Learn more about how we maintain editorial integrity here.