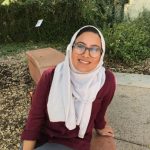 In about one month, my father’s neurologist will have my father go through his third MRI and confirm my father has Parkinson’s Plus – which I am not too convinced even the neurologist understands what that is.

Diagnosed with Parkinson’s a year ago

My father (for the purpose of this blog, let’s call him Khader) was officially diagnosed with Parkinson’s about a year ago, but we’ve seen the signs for some time now. I mean besides the repeated falls, the shuffling gait, and the inability to be reasoned with, he also developed some version of impulse control issues because of the Parkinson’s.

At first, we brushed it off as an old man that is going to be an old man and do as he likes, but then we noticed he was buying things and forgetting he bought them. He was buying gifts no one wanted or asked for, without occasion. He would max out credit cards and not remember he maxed them out.

His most recent and longest-running obsession is this minivan. About two years ago, He bought a used 2006 Honda minivan which we had no way of knowing was actually a big hunk of garbage. Since the purchase of this money pit, he has spent almost eight thousand dollars trying to repair the car. Oh and how much did the car cost you might ask? $1,500.

With such little information out there about the non-motor symptoms of Parkinson’s disease, we felt like maybe we were crazy or being too controlling. Then, I read. I read a lot. I combed through Reddit threads and I read medical journals and I read articles on ParkinsonsDisease.net. I felt like I was reading a detailed log of what I had been witnessing at home. Irritable and argumentative behavior? Check. Impulse control? Check. Inability to be reasoned with? Check. Selfish? Check. Check. Check.

Reading and printing all these articles really didn’t change much. All it meant was that I had something to show my mother every time she came to me with a complaint about him. What he is doing is not just him being selfish. “It is a part of his disease.” I would repeat to her. “Try to understand. It’s not that he doesn’t want to care, it’s that his brain doesn’t remember how to.” Over and over again I showed her articles, which she didn’t read. I showed her support groups, which she didn’t go to. I read her stories about other patients, which she didn’t listen to.

His healthcare team did not prepare me

But none of that really mattered. What really upset me though, is that his doctors and physicians, for all their years of studying, did not prepare us for this part of the disease. The part where I spent four hours on the phone with Bank of America asking for some sort of forgiveness plan or program for the credit card my father ran up to its $16,000.00 limit. (Of course, the situation was not dire enough for the bank to forgive the debt.) The part where we have to ignore the never-ending Amazon packages at our front door. The part where my teenage brothers might need a textbook for school but there’s no money to buy it from my parents’ budget.

There isn’t a resolution for this part. There really isn’t a resolution for any part, but this part especially. When you witness a man who made decisions with the clearest of head and heart now become lost and unable to trust his own mind, there’s no preparing yourself for that. All the physical and speech and home therapies can not change this. This part, for now, is the hardest.