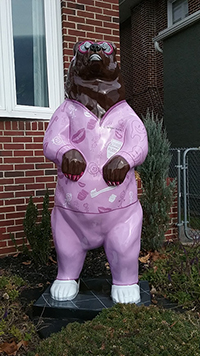 Ever since I can remember, I have always been fascinated by my dreams. I tend to remember a lot of these mini movies, though I don’t remember all of them. Many of them play like Eternal Sunshine of the Spotless Mind, where I go through interconnected rooms that feature people who would never be together in real life. For example, I could be with Air Force people at my Gram’s apartment she moved out of when I was 14.

Each night at the movies is a random experience. Some nights, it’s restful. Others, I will shift my mattress noticeably with my movements.

Through my years, evil forces chased me to my almost death, and held a conversation with an ex-girlfriend in a cemetery. I traveled back to dwellings I once lived in, and flew high above a canyon. Many of my dreams are surreal fun in that Bowie/Hendrix way, but others are intense. In one, I can remember a demonic creature thrust me to the ceiling. In others, I feel like I can control some of the conversation and action. As a result, I am consciously active in the dream or in control of its path like a Choose Your Own Adventure book.

The reality of the surreal

Interestingly enough, before and as Parkinson’s reared its head, I realized that I was acting out in my dreams. This phenomenon is not uncommon for us Parkies. We have been known to talk to and take swings at imaginary enemies in our dreams. However, we’re actually doing this in real life. This took a scary turn for me, when I realized that the occasional bruises and scratches that my wife and I would find on our bodies in the morning were my doing. Because of this, it became easier to move to another room to sleep (snoring also aided in the decision). Pillow throwing was one thing. Obvious scratches were another.

Researchers are now theorizing and researching how this condition, which is known as REM Sleep Behavior Disorder (RBD), could be a predictor of Parkinson’s since it is correlated in so many cases of our condition. That said, since our states take a while to mature, it’s unsure which one causes the other. However, many situations some of us face are like the last paragraph, so it needs mentioning. I also must emphatically state that I love my wife, who I would never hurt. 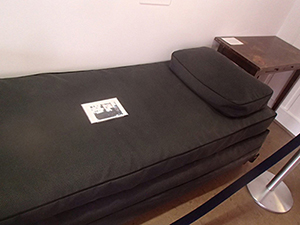 Of course, I have taken other preventative measures for my nightmares. Where once a busted face statue sat in the bedroom I now occupy, I have since thrown it in the garbage. I definitely don’t want a “cursed” relic of some sort sharing my house. Whether you adhere to those beliefs, I can say it worked and eliminated the awkwardness of the room and the nocturnal demon force that hurled me to the top of the room in that dreams.

The weirdest dreams I have are the ones where I try to touch myself to see if the dream is real. I can remember one like this where I was back in Bury St. Edmunds, UK (where I lived after the Air Force). It was during World War 2. I was trying to escape, but I couldn’t, so I consciously touched myself to see if it was real. I could feel myself, so I thought it was real. As the dream continued, I found my way to people I knew from various stages of my life. They still looked as they did, and when they told me their names, I remembered them, though their realities didn’t match up to their supposed bodies. It was then I woke up.

Is it any wonder why I write about dreams so frequently in my fictional stories?

Nevertheless, I monitor my dreams for both symbolism and medical reality to keep myself in the know. I definitely want to be safe while they’re happening. Call it the researcher/writer in me, but I am my own human experiment trying to find my way to the Promised Land of Dreamworld Understanding.