What’s the Connection Between Parkinson’s and Migraines? 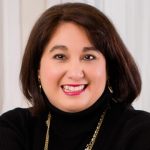 I have been a migraineur since childhood. As expected, my migraines lessened as I entered adulthood. However, when I developed Parkinson’s disease (PD), my migraines resurfaced with a vengeance.

So what are the causes of increased headache with PD?

Another reason for some people like myself who possess the LRRK2 (leucine rich repeat kinase 2) gene as a cause of their PD is the increased link between having this gene and having migraines.

Plus, many people with Parkinson’s have sleep apnea which may cause early morning headaches mimicking migraines.

Chronic constipation also worsens headaches which can then turn into a migraine.

Finally, PD itself may increase migraine frequency and exacerbation as a side effect of medication, particularly levodopa compounds.

How to treat and prevent migraine exacerbation?

For instance, one of my biggest triggers is cervical tension especially when driving, traveling, or writing on the computer for hours. Another specific trigger for me and many others with migraines is skipping a meal which sometimes due to severe nausea or gastroparesis from PD. PD meds can make eating a difficult thing.

I try to stop the migraines before they begin since I am pretty in tune with most of my triggers. However, there are things you might not have control over like weather and low barometric pressure, which are common triggers for many. Also, in order to avoid nausea caused by PD meds, gastroparesis, and the like, I make sure to discuss a healthy bowel regimen and diet plan along with medications to help GI motility with my physician. This way I will avoid the vicious cycle of having nausea, not eating, then increasing nausea and vomiting due to migraine. Another way is to consume a cold liquid diet during these stages of GI discomfort to avoid hunger migraines.

Don’t wait till the headache is severe or lasts hours to initiate treatment. Any type of pain is easier to stop with early medication before it becomes centralized. Sometimes, I take a long-acting triptan (e.g. naratriptan, frovatriptan) to serve as a preventive therapy during specific situations like the menstrual cycle, or as I do before driving.

I have found that most people don’t have a single trigger, but rather multiple ones. In my experience, migraines occur as a result of a combination of triggers like lack of sleep, stress, and odors. Sometimes, however, there are particular single triggers that cause a migraine every single time you come in contact with that particular noxious stimuli. For instance, for me and many others, drinking red wine or exposure to cigarette smoke act as triggers. For those of us with PD, also be aware of medications that may trigger migraines.

Stress is a big factor in developing migraines. Oftentimes, migraines develop after a stressful event has passed or once the sleep cycle has been resumed after days of not sleeping. Be aware of this and alter your behavior by doing meditation, stretching exercises, staying hydrated, and maintaining a routine for sleeping and eating.

Use biofeedback either in form of muscle relaxation, which is the one I use most, or with temperature …people use both cold and hot. In my experience, heat is much better at relieving pain and relaxing muscles than cold especially in context of PD because cold appears to worsen stiffness. PT and OT also are helpful.

We already live with a complicated disease; we don’t need to aggravate symptoms by having uncontrolled migraines as well. Maintain a diary of triggers, frequency, and severity especially in relation to levodopa intake, constipation, and presence of dyskinesias and neck rigidity. Consult with your physician about treatment options.