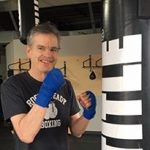 One of the most difficult decisions a person with Parkinson’s disease (PD) will face is deciding what medications to use to treat the disease. The choice is a function of several factors including the specific symptoms being treated, the medication’s efficacy, and cost.

The medication most people with Parkinson’s end up taking at some point is levodopa, which is the gold standard for treating Parkinson’s. It was developed in the late 60s. It is sometimes used for diagnostic purposes.

I was prescribed Levodopa and was told that if it provided relief from my initial symptoms, that there was a good chance I had PD. Otherwise, there was a good chance that I didn’t have PD but, possibly something worse. I remember thinking “while I want relief from my symptoms, I don’t want a diagnosis of PD.” Unfortunately, I couldn’t have it both ways. If I found relief (which I did) there was an excellent chance that I had PD (which I do).

After my diagnosis, the next challenge was deciding how to treat my disease? I found out very quickly that there didn’t seem to be a consensus on when one should start levodopa as opposed to other medications, like Azilect. The concern was that starting levodopa treatment early in one’s treatment would increase the risk of dyskinesia.

I decided to continue using levodopa since it was providing me with much-needed relief from my symptoms. Over time, I’ve tried other medications either in combination with or in place of levodopa like Azilect, Stalevo, entacapone, and amantadine. Due to the side effects or the drug’s ineffectiveness, I stopped taking all of these except the amantadine. I continue taking levodopa but have switched to Rytary which is the extended-release version of levodopa. I have also had deep brain stimulation (DBS) surgery due to the dyskinesia I experienced with levodopa.

I have also used dietary supplements like CoQ10 but did not find it to make any difference. I’ve also considered alternative medications like medical marijuana which recently became legal in my state.

Unfortunately, there has not been much research on how effective marijuana is in treating PD symptoms. The few trials that have been conducted have shown that medical marijuana may treat problems with both motor and non-motor symptoms, but more research needs to be done.

CBD can be expensive and isn’t covered by insurance. The FDA has not approved medical marijuana and classifies it as a Schedule 1 drug which is a drug that has been found to have no acceptable medical use and a high potential for abuse. This is one of the reasons why more research has not been done and why organizations like the MJF Foundation have called for a reclassification of marijuana.

While illegal at the federal level, medical marijuana is legal in 33 states and the District of Columbia for certain conditions. In some states, Parkinson’s disease is one of these conditions. However, state laws vary in the conditions the medical marijuana can be used for, the formulations allowed and whether physician certification is required. By federal law, physicians cannot prescribe marijuana or cannabinoids. In states that require certification from a qualified physician, it can be challenging to find a qualified doctor since many physicians elect not to apply for certification.

My experience with CBD oil

I decided to use CBD oil to find out what, if any, benefit it provides. I was hesitant at first due to the high cost and lack of evidence beyond some anecdotal evidence that it does help relieve a few motor (tremor, slowness, stiffness) and non-motor symptoms (sleep, pain, anxiety).

After only a few days, it wasn’t evident that it was providing any benefit. I was hoping it would relieve pain due to stiffness. Perhaps it takes more than a few days and/or a dosage change. I plan to finish the bottle I have before deciding whether to continue using it.

What’s the future of medical marijuana?

With more states legalizing it, there will continue to be a large demand for medical marijuana. Hopefully, well designed, large scale research is forthcoming.

According to Rachel Dolhun, MD Vice President, Medical Communications at the Michael J Fox Foundation, “The work to date on marijuana and cannabinoids has given promising but conflicting signals on potential benefit for motor and non-motor symptoms as well as levodopa-induced dyskinesia. This therapy may represent a future treatment option for PD, but the correct dose and formulation are not clear, full side effects and drug interactions are unknown, and benefits have not been rigorously determined.”1

In the meantime, PWP will have to rely on anecdotal evidence on whether medical marijuana is an effective treatment for Parkinson’s.