Over My Head: Being a Caregiver When I Have Parkinson’s Too 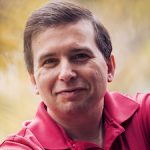 The skirt of the healthcare crisis has been lifted for me. I have seen the current overload of the need, neglect, and necessity that is clogging the nursing and care system. Fortunately, I am doing well. Sadly, my friend, Eric, an 83-year-old bachelor with Parkinson’s disease, has no local family and has limited resources. He has numerous physical, cognitive, and financial challenges, as well as very limited healthcare options.

Eric has a loyal cadre of friends. He has had Parkinson’s disease for over 20 years and suffered some bad falls. He was having trouble living by himself. His safety and health were at risk.

We witnessed a decline in his balance, stamina, breathing, and cognition.

Eric needed help in finding a clean, safe, and a more comfortable environment. In the search to help him, our eyes were opened to the large problems in healthcare and assistive living.

Eric depleted his savings with 24-hour home nursing care, costing close to $4,500 a week! In the Northern VA/DC area, care can range from $7,000 to $18,000 a month, if you can afford such pricey sums.  Even at this exorbitant cost, we experienced caregivers who never showed up, supposed caregivers with cell phones mounted to their heads who were more interested in their phone than the person, and some who just plainly didn’t care about our friend, at all. How much extra does it cost for reliable care that can be trusted?

Eric is thirty years my senior. I am 53 and Eric is 83. This is a whole new world that my wife and I never could have imagined. Seeing this side of care from this perspective is daunting, frustrating, and a bit frightening. What is the care that I can expect in thirty years, if I should be so lucky to make it to 83?

The fall made things worse

After suffering a fractured shoulder, due to a fall, his self-confidence and sense of security drained. Rather than continuing to walk, Eric chose to stay in a wheelchair and with his limited range of motion, asked to be fed instead of exercising his shoulder.

Ever since the fall, Eric’s confidence, sense of responsibility, hygiene, and even his dignity has been polluted. Much like a young child, Eric has reverted from being mostly self-sufficient to being hand-fed, bathed, and cared for by others. His rapid and unexpected memory loss (both long and short term) hit us hard as did his propensity for falls mixed with confusion. He has begun to hallucinate, at times, we have noticed that he tends to drift into a trance-like state, staring at things that we don’t see.

We don’t know what Eric would have done, had we not been there to be his advocates. There is no ego in that thought, only the scenario of me or my wife having to face this same predicament without assistance. The rapid fire of questions about Eric’s health from doctors, nurses, hospital staff, and nursing center administration would have been overload for Eric. Plus, his weak voice makes it even more difficult to get heard. Someone had to take the time to get Eric represented as well as to see that his needs, his challenges, his medicines, and his concerns were understood by the medical staff.

Learning about the downside of assisted living

After a few days, while now in a nursing home, we discovered by pure deduction, that his nursing home had overlooked his symptoms – Eric had a urinary tract infection (UTI). This UTI was probably a large contributor to his discomfort and uncharacteristic confusion. His nurse concurred with our amateur diagnosis and a test confirmed it. The antibiotics are hard at work and we are seeing pockets of the old Eric, but only in small doses. To our surprise, through the barrage of doctor appointments, not one of his doctors had thought to test for a UTI, until it was suggested by us, his advocates. Eric remains in a nursing home.