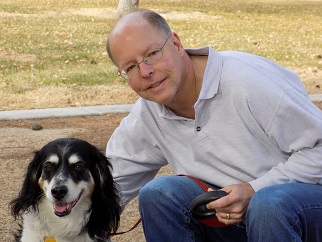 Life is about living gracefully and adapting to change with perseverance and compassion in the face of life’s challenges. Rob was diagnosed with Parkinson’s disease (PD) in 2019 after a previous traumatic brain injury and stroke. After a career in the military, he found staying active mentally and physically was key in slowing the progression of PD. With the goals of sharing his experience, observations, and providing resources and information to people living with PD he started the podcast and website “The Brain Werx” .

Since 1980, Rob has either been in the armed forces, in school, or both. He enlisted in the Air Force right out of High School at seventeen. After a four-year tour, he left the active Air Force and finished a Bachelor’s in Speech Communication at the University of Nebraska - Kearney. Meeting his wife, Michelle, in college, they married in 1987 before he started law school at Florida State University. He also received a commission as an officer in the Navy Judge Advocate General’s Corps. After graduating from law school, the family spent the following decades traipsing around the globe until retiring from the Navy in 2006. He soon found himself back with the Air Force as a civilian attorney until retirement in 2015.

Click here to read all of Robert's articles on ParkinsonsDisease.net.

Staying Positive When You Have Parkinson's