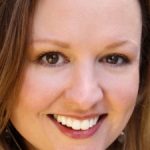 The U.S. Food and Drug Administration (FDA) recently approved Gocovri™ (amantadine) as the first treatment for dyskinesia in people with Parkinson’s disease (PD) who are receiving levodopa therapy with or without additional dopaminergic medications. The approval of Gocovri makes it the first and only treatment available to treat dyskinesias, the uncontrollable, abnormal movements that occur when a person is trying to perform a voluntary movement. Nearly 90% of people who take levodopa therapy for PD will develop dyskinesia, and levodopa therapy is the most effective treatment currently available for the management of motor symptoms of PD.1,2

Manufactured by Adamas Pharmaceuticals, Gocovri is an extended release capsule containing amantadine that is taken orally once daily at bedtime. The capsule slowly releases the medication into the body, providing a consistent level of medication in the morning and throughout the day when dyskinesias are usually most common.1,2

In addition to reducing dyskinesia, Gocovri was found in clinical trials to reduce the “off time” experienced by people with PD taking levodopa therapy. Off time occurs when the levodopa medication is wearing off and symptoms of PD become more apparent.1

The exact way Gocovri works isn’t fully understood, but the active ingredient in Gocovri, amantadine, is a weak, uncompetitive antagonist of the NMDA receptor. NMDA (N-methyl-D-aspartate) receptors are found on nerve cells. Other NMDA receptor antagonists have been found to be effective in the treatment of PD and Alzheimer’s disease.2-4

The initial daily dose of Gocovri is 137 mg for one week, which is then increased to the recommended daily dose of 274 mg. The capsule should be taken by mouth and swallowed whole. It can be taken with or without food, and the use of alcohol should be avoided while taking Gocovri.1

What are the possible side effects of Gocovri?

The most commonly experienced side effects by patients taking Gocovri in clinical trials were hallucinations (seeing or hearing things that aren’t there), dizziness, dry mouth, swelling of the legs or feet (peripheral edema), constipation, falling, and orthostatic hypotension, the sudden lowering of blood pressure upon standing.2

Things to know about Gocovri

Gocvori should not be used in people who have end-stage kidney disease.2

Some people with PD experience daytime sleepiness and sudden episodes of falling asleep while taking medications for PD like Gocovri. If sudden sleepiness occurs during times or activities that require a person’s full attention, (like driving, in the middle of a conversation, or while eating), talk to your doctor. Treatment with Gocovri may need to be stopped, and you should avoid potentially dangerous situations, like driving.2

People who have psychosis (characterized by a break in reality, which may include hallucinations and/or delusions) should not be treated with Gocovri.2

People taking Gocovri should be monitored for dizziness and orthostatic hypotension, especially at the beginning of treatment and when the dose is increased.2

If increased compulsive behavior occurs, such as gambling urges, sexual urges, uncontrolled spending or shopping, or other urges, Gocovri may need to be reduced or discontinued. Talk to your doctor if you are experiencing uncontrollable urges.2

Gocovri should not be stopped suddenly, as confusion and high fever have been experienced in people who stopped taking the medication abruptly. Talk to your doctor about slowly weaning off Gocovri if you need to stop taking it.2