I love telling people that. As a younger person, starting out in the restaurant business, I was your average youngster-portly (but as my great grandmother would say-'I grew into my babyfat'). I started to notice I had this ability, or I thought it was an ability to move my hands and body with some degree of quickness.

Later on, as I would migrate from Nevada to California this quickness would become a hinderance. Many a time, did this 'bull in a china shop', cause someone to fall behind the swinging door. This was at ages 14-19 if I recall correctly. I picked up the nickname flash, while working at a restaurant and I was going for the Guinness book of world record for the fastest 'Busboy'. I was touched by the God's. A gentleman in San Francisco, California, would take the honor as the fastest busboy.

Joining the US Army

As life went along, I was mentally confused about many things. At one point I would become homeless and basically stayed that way for 18 1/2 years. I joined the US Army during the Gulf War era, and spent a total of 8 1/2 years in combined service. I had been married prior to joining the US Army, but to this day, I really cannot remember how long we were actually married. In 1998 January 11, that part of my life ended, and I have been searching for my soulmate ever since. It's extraordinary, that when you tell people certain things about yourself - how that datum is slowly used against you.

In 25 years I have probably set myself up for failure to the tune of almost 800 Billion US Dollars. Not that 800 Billion US Dollars has actually flooded the economy, but the potential for that Ponzi scam has always existed. 'Buy me this', 'buy me that', 'Don't you love me', 'or what about sacrifice'.. As I was telling someone earlier, the BS can only be spread so far. But as the Christian scriptures state - 'I believe all things..etc..etc..etc..' and I'll probably be the last one chosen to be other than the Under Secretary to St. Michael the Arch Angel.

In my homeless years I think it was in year 2008, please excuse me for the exacting date. I ran into one of the outreach personnel of HUD/VASH. They are an arm of the US dept. of Veterans Administration. These wonderful people took me off the street and put me into housing. Where I reside to this day. In this time I have been in the HUD/VASH program, I was diagnosed with Parkinson's disease, received social security and received my service connected disability pension.

As I mentioned earlier, I am still in HUD/VASH housing, but my youngest sister and her family are my caregivers. I was going to say caretakers, but that sounds too much like undertaker. So I still lease except for it is now to my kinfolks. There had to be a special exclusion, for those that may be thinking corruption. I have been blessed for quite sometime. Not because of someone's 'Prosperity Gospel'; the only thing that did for me was drive me deeper into homelessness.

As I mentioned earlier, I have the STN DBS surgical implant. Its been changed once-the battery in my chest that is. My last reporting to the movement disorder specialist at the VA here in Reno, stated that I am steady. Please excuse me for getting mental, but thank you 'Almighty Creator'. I worry about dementia with the Parkinson's disease. This concerns me more than anything at this juncture. 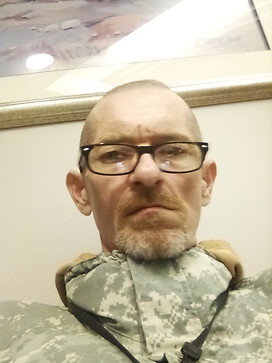 Live in the Moment and Live Well

8 comments
This article represents the opinions, thoughts, and experiences of the author; none of this content has been paid for by any advertiser. The ParkinsonsDisease.net team does not recommend or endorse any products or treatments discussed herein. Learn more about how we maintain editorial integrity here.

Do you or a loved one use smartphone apps to help with PD management?