Thanks for the Memories, Ricketts Glen

Recently, I set out on a pilgrimage to spend an afternoon figuring my Parkie self out. Not as emotional or spiritual as a "vision quest”, but I would still be contemplating “what is life” in the beauty of nature. To do this, I wanted to know where I stood health-wise on the 3rd anniversary of hearing the “P word,” aka “my Avalanche Day.” I figured this day needed to happen somewhere special. Thus, I went to Ricketts’ Glen, which is one of my favorite places and the site of many great memories of roaring waterfalls and 30-foot icicles.

First off, I had no idea if I’d be an emotional wreck or thumping my chest in that Lieutenant Dan against the storm sort of way. Long story short, it was a lot of introspection mixed with perspiration and exertion, while taking tons of photographs.

It was beautiful, but sad, and while solitary, I did talk to several people. Mostly, I just listened to the creeks go over endless waterfalls and descents. When it was over, I breathed in my final memories and said goodbye to this mountain paradise forever. 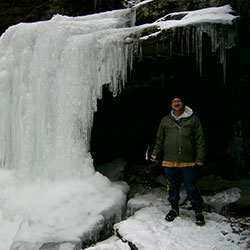 What is Ricketts Glen?

Ricketts is a 7-mile balloon loop of a trail. The trail winds through 22 waterfalls. Anything smaller than 10 feet doesn’t count. Some drops are prettier than the waterfalls. In fact, that day, the 94-foot behemoth waterfall had nothing on a 13-foot pipsqueak. Size matter not, young padawan.

Nevertheless, with so many other places to go and big crowds on weekends, I avoided Ricketts during normal hiking season since 2014. After years of avoiding it, I would go to my once favorite place on a workday! 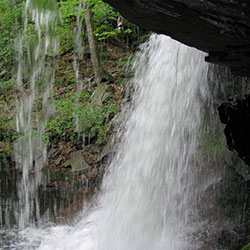 Now, as Parkinson’s firmly takes hold, I think of all of the places I really want to see one more time before the hammer falls. With this being a 3-hour drive each way to a 5-6 hour hike, I knew my time was ticking.

It’s not like I haven’t been there a lot. In fact, I have been there about 25 times. The first time I was there was 2002 with a friend who posed and waxed intellectually while I listened and took pictures.

Most memorably, in 2015, about a year and a half before my diagnosis, I took my wife for her first winter waterfall trip. We wore helmets and crampons, and we even climbed a small frozen waterfall. We were with a lot of people, to include some highly-skilled mountain climbers and master-level photographers. It was a great day with a lot of unforgettable memories.

Parkinson's symptoms slowing me down 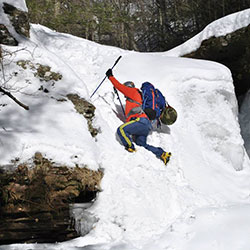 I already knew there would be no more winters in the Glen. I used to trust my feet, but now, dystonia has wrenched my left foot harder to the left. My toes curl, and more. I walk on the side of that foot. It’s only slightly, but it’s noticeable. Iced-over steps of varying heights would be a calamity waiting to happen. Also, I have to force the rigidity in my legs to bend them far enough to ascend the steep steps (over a foot high). My right leg does the “Frankenstein” as it stiff walks.

Seeing as I’m working on not being a danger to the living and the dead, I learned that even if I want to, other seasons are out, too. Sure, I did 7 miles plus one more to backtrack for forgotten sunglasses and poles, but it was slow as molasses. Sorry, I’m no Jimmy Choi. 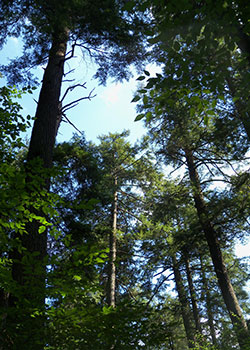 I must have looked like the Walking Dead, too, since two people checked to see if I was OK. The first one was an older guy with a Southern twang. He stopped atop a staircase to see if I was OK to make it. He had been helping up his wife in a kind patient way, so he stopped to check on me, too. I didn’t get upset because it showed he cared. I’m not sure if you noticed, but less and less people care. To me, a gesture like this is someone making sure I get out at 98.6° as opposed to carried out at room temperature. We exchanged small talk, and I thanked him, noting my Parkinson’s and my anniversary pushing myself. He figured I had it when we were at the last waterfall.

Then, I encountered a woman who had a medical background to go with her trailwise ways. I had just finished the steepest steps, the ones with the twisted drop that I could never ascend or descend in winter. A 30-foot drop into a gorge just wasn’t worth it for my pre-Parkinson’s self. Now, this would be the last time I did it while the leaves were on the trees. As we finished a short discussion, she asked if I was OK a couple times. She sounded serious, and I assured her I was. I didn’t mind her re-asking me either, as the voice of experience is always a good one, but it reaffirmed my decision to bow out gracefully and not do a similarly tough hike the next week. 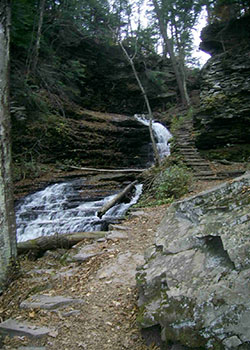 When the risk isn’t worth the reward, there’s just no point. There are many other mountain hikes that aren’t dangerous to do. There are flat paths to walk. There are waterfalls to see. In dreams, memories, and pictures, I’ve been there. At some point, all events are in the past. After all, I was just writing “when the risk…” Now that’s history.

We either embrace our memories as special or we live a life of frustration with what no longer is or can be. Not to sound like Yoda, but we either learn to “let go of everything (we) fear to lose” or we go on “a path to the dark side.” That CGI Muppet has a serious grasp on Zen, as does Wilma Derkson (though she's not Buddhist).

Besides, we would need to recognize how aging changes our bodies even if this jerk Parkinson’s wasn’t here. Either way, you aren't 20-something anymore, Dan. You are 48. You're not indestructible anymore, nor would you be without Parkinson's. 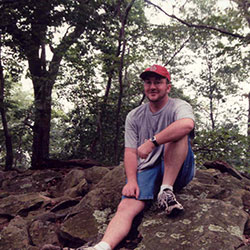 In the end, accepting our place is about finding peace in our life, not surrendering to the Parkinsons' diagnosis. In the end, we can spend our lives miserable or try to be as happy as we can be. This doesn’t mean to wear a fake smile, but rather to see the glass as full as possible while focusing on what new memories can be made while doing what you can SAFELY, whatever the activity.

So, as the quote goes, “Don’t cry because it’s over; smile because it happened.”

Live in the Moment and Live Well

8 comments
This article represents the opinions, thoughts, and experiences of the author; none of this content has been paid for by any advertiser. The ParkinsonsDisease.net team does not recommend or endorse any products or treatments discussed herein. Learn more about how we maintain editorial integrity here.