New Tool to Diagnose the Early Signs of Parkinson’s

Researchers in Australia have discovered a new tool that has the capability to diagnose early signs of Parkinson’s disease (PD).

Early diagnosis is important to get patients started on treatment that can delay disease progression but diagnosing PD in its earliest stages has been a challenge because by the time the classic symptoms of resting tremor, rigidity, balance issues, and bradykinesia (slowed movement) appear, the damage to the dopamine-producing neurons has already begun.1-3

The Australian researchers at RMIT University discovered that using diagnostic software, they can detect the early stages of PD by the drawing of a spiral on a digital device. The software measures the speed and pen-pressure used to draw an Archimedian spiral, which was outlined by small dots.2 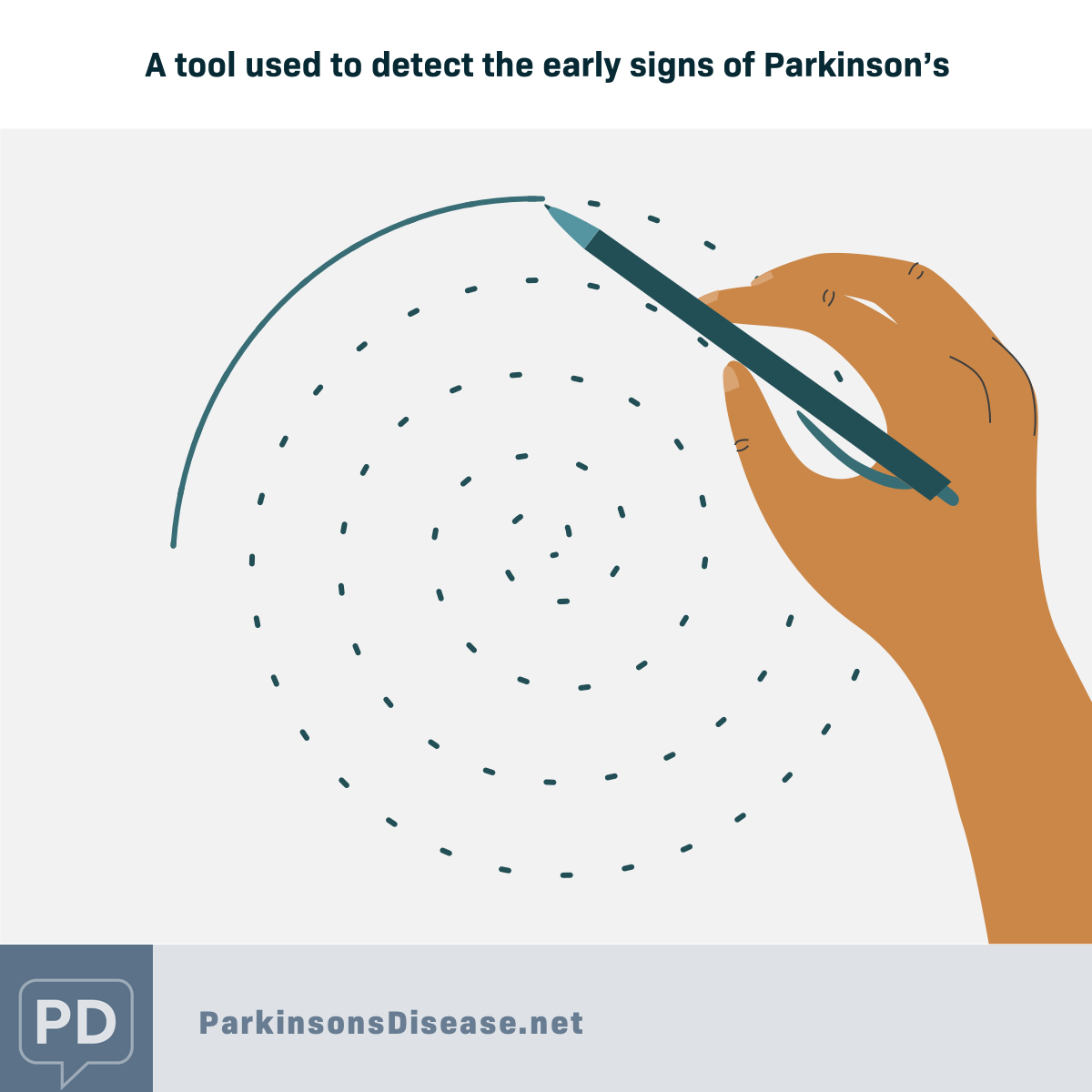 The bradykinesia and rigidity caused by PD can change the way a person writes and draws, and the effect on handwriting and sketching has been found to occur in the early stages of the disease. Micrographia, abnormally small or cramped handwriting, is often one of the first signs of PD. However, handwriting is influenced by a person’s language proficiency and education.2

Researchers have found that the sketching of a shape such as a spiral can be easily accomplished by more people, regardless of their language skills. Using a digital device, the behaviors used in sketching a spiral can determine the slightest degree of tremor, bradykinesia, and dyskinesia, and can distinguish between different stages of PD.2

In the clinical trial, the Australian researchers enrolled 55 volunteers. Half the group (27 volunteers) had PD, while the other half (28 volunteers) were of similar age and gender and acted as the control group. All of the volunteers were right-handed.2

Each volunteer was asked to sketch a spiral, and the sketching was recorded using an A3 tablet (Wacom Intuos Pro Large). The A3 paper was placed on top of the tablet, and the Wacom Intuos ink pen was used to sketch the spiral by connecting the guiding dots. The pen detected the location of contact and the pressure between the pen and paper. Proprietary software was developed to record and analyze the data in real-time, and participants were allowed to sketch the spiral at their own speed.2

There was a significant difference in the speed and pen-pressure between the group of volunteers with PD and the control group, leading the research team to suggest that this could be a new tool to use for identifying PD in the early stages. The tool had an accuracy of 93% in detecting which volunteers had PD and which did not. In addition, the use of digital technology and the simplicity of the test makes it easy to use without supervision and without dependence on the language skills of the patient.1,2

Limitations of the research

While speed and pen-pressure on average reduce with the severity of PD, the data from this study showed that the spiral sketching isn’t statistically accurate in determining the severity of the disease. In addition, the study was small, and the results need to be duplicated in a larger group of people.

In this study, all the people with PD were on medication, and the test was conducted while they were in an “on” state (the medication was working and symptoms of PD were minimal or controlled). Additional studies with a larger population, including people who are not on medication for PD, will be needed to validate the results.1,2

Fear of the Future: Caring for Someone with Parkinson’s