“You Look Great”: The Invisible Symptoms of Parkinson’s 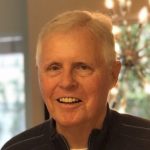 “I see no signs of Parkinson’s.”
“You look better than you did a six months ago.”
“You’re kidding. You have Parkinson’s disease?”

How do I reply?

I have, more or less, fifteen Parkinson’s symptoms of which five are non-motor. The fact that my visible symptoms have not changed much since diagnosis in September 2013 is a blessing. The non-motor skills have gone faster although not easily detected by friends and family.

What does one say or not say to someone with Parkinson’s disease? That exchange is often uncomfortable for both parties. How should the person with Parkinson’s react? He has few visible signs but he knows that things are not as they appear. One feels they are being courteous and the other is in an awkward position. Does he bring up the invisible symptoms? He doesn’t want to tell them about his three hours of sleep last night or that he hasn’t had a bowel movement in four days.

People know little about Parkinson’s or what they do know is based on flawed or incomplete information. Tremor is what comes to mind first so if one doesn’t have a tremor he is doing fine. How does one even begin to reply? Do they want to know more? Does one want to educate them? Do they want to be educated? How do you explain to them about that shadowy behemoth called non-motor symptoms? Constipation, exhaustion from no sleep, balance issues, etc. all can be factors. None of this is visible to the well-meaning friend.

For the healthy person, it is difficult to relate to someone with a chronic disease that has hidden symptoms. If one can’t show them, it is difficult to understand. They try to do the right thing by saying how great you look. It is hard to feel comfortable with the compliment when you know that there is a slow progression (sight unseen) of the disease.

Closer friends probably want more explanation, but they don’t want to hear chapter and verse. One could say to them, “Yes, I am fortunate to not have visible symptoms but I have others that don’t meet the eye such as insomnia.” A shortened explanation of your situation may be all that is needed.

But then there is the old and dear friend. Tell them as much as they want to hear about your illness. Let them know that there are hidden symptoms, anxiety, mental issues, cognitive change, etc. Lay it out. It will make for a better relationship because of an enhanced understanding of the impact of the disease.

I try to couch my response to YOU LOOK GREAT positively. That is the way I feel emotionally, mentally, and physically. If you feel good it is easier to say, “it is what it is” and move on. That may not always be true but it is today and that’s all I have.