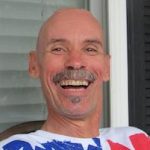 Several years ago, I had the opportunity to attend a fascinating breakout session at the first World Parkinson Congress in Washington, DC on faith-based care. When I signed up, I remember thinking to myself; how could faith affect my treatment of Parkinson’s disease? The facilitator (a Jewish woman with no formal theology degree) began the session by quizzing the attendees, which was standing room only, by the following question: How many different recognized religions exist worldwide? Before I answer that, let me first attempt to define what I mean by the term, “recognized religions.” According to the Human Truth Foundation which collects data from all over the world with assistance from the United Nations and other human rights and religious rights organizations, they rate religions by population, deity, belief systems, founder, timelines, practices and many other criteria. The list is extensive and doesn’t discriminate one’s faith or belief, but is rather inclusive of all of those reported.

According to Wikipedia, there are over 4,200 religions worldwide. Many are isolated by specific geographic region or cultural-based belief while others cross continental boundaries and make up a very diverse landscape. The Pew Research Center did a survey of 35,000 Americans in all 50 states about their religious affiliations, beliefs, and practices and social and political views, and they determined a multitude of faith and non-belief systems that make up the religious spectrum in the U.S. alone.

What does all this data reflect? With such a diverse landscape of religious beliefs and sometimes differing rituals associated with some, the question is: How does the medical community safely treat people living with Parkinson’s disease while maintaining the balance between medical protocol and freedom of religion? For example, in the Muslim faith, illness is treated through prayer and patience which may not be practical, medically speaking. Some African and Asian influenced religions require the burning of incense over the body for healing. Other religions have restrictions on autopsies and organ donations. So where do we draw the line without discriminating against religious freedoms and maintaining a sanitary medical environment?

When we acknowledge and attempt to understand in a compassionate way that religious beliefs and medical protocol sometimes are on a collision course, we are open to establishing new and unique experiences and outcomes in treating the diverse Parkinson’s community. Parkinson’s certainly does not discriminate! It affects the Buddhist as well as the Christian, the Hindu as it does the Catholic and once we educate our medical providers and change the way we treat Parkinson’s while accommodating reasonable religious requests, the outcomes will improve. Whether your faith is a religious experience or relaxation techniques, reiki, yoga or a combination thereof, I urge you – especially if you are in the medical community – to be sensitive to the needs of your patients.

In closing, I’d like to thank the World Parkinson Coalition for its diligence in providing such thought provoking breakout sessions that change the way we think about and treat those living with Parkinson’s disease. My faith has been an integral part of my personal treatment of PD. I’ve evoked prayer and meditation before, during and after treatments and for Deep Brain Stimulation surgery and attribute my nearly 23 years of living well with PD to my faith.