Professor Chrystalina Antoniades took the time to answer a few questions we had about the research she does on early detection of Parkinson's. Read the full interview below.

What research are you currently involved in? What do you hope to find in your research?

I’m heading the NeuroMetrology Group at the Nuffield Department of Clinical Neurosciences at the University of Oxford and the hope is to develop ways of accurately measuring neurological disorders such as Parkinson’s and dementia.

Can you tell us more about the research you’re doing to try to detect Parkinson’s early?

The OxQUIP study which is short for Oxford QUantification In Parkinsonism, follows participants intensively for a three year period with the aim of identifying measures that can detect disease progression over a much shorter time period than what is possible at present. During the study, participants are asked to perform simple tasks while we measure movements of the eyes, hands, and body. We also do some tasks on a tablet computer that measure cognitive performance. The issue here is that currently available treatments for this disease only treat symptoms and do not prevent the disease or slow down disease progression. As a number of new drugs are developed and currently emerging, we need to be able to evaluate them quickly so that valuable time and resources can be devoted to those drugs that show the most promise. Therefore detecting an early signal is critical for these go/no go decisions. We are truly excited by what we have observed to date.

Is the link between vision and Parkinson’s well understood by the medical community?

This is an interesting question and one that we still have a long way to understand fully. We know from what our patients report that there are issues with double and blurry vision as well as suffering from dry eyes. We also know, from our research, that Parkinson’s patients have eye movement abnormalities. We and others have shown that saccades, the most common type of eye movement we all make to observe the world around us, are affected even at the very early stages of the disease, long before someone with Parkinson's disease is exposed to any medications.

In what ways are you involved with the Parkinson’s community?

I have been closely involved with the Oxford Parkinson’s Branch led and run by some wonderful patients, who inspire me to continue our research efforts. I also run the arts and neuroscience theme which more recently we were awarded a grant to set up the Picturing Parkinson’s project. This project brings together artists, patients, and neuroscientists to bridge the gap between objective research into Parkinson’s disease and people’s lived experience of the condition. 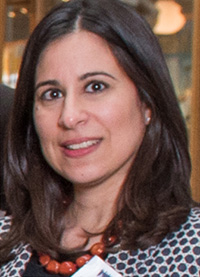 Professor Antoniades researches Parkinson’s disease and, in her research clinics, uses a variety of quantitative experimental methods, based on precise measurement of subtle abnormalities of the speed and coordinate of various movements such as saccades (fast eye movements), motor control (such as finger movements) along with various aspects of gait control and cognitive dysfunction.

Professor Antoniades has won many national and international awards including the Vice Chancellors Award for public engagement. Recently she has also been awarded a grant from the University's Public Engagement with Research Seed Fund to set up the Picturing Parkinson’s project. This project brings together artists, patients, and neuroscientists to bridge the gap between objective research into Parkinson’s disease and people’s lived experience of the condition.

Which Foods Are Good & Which Foods Should Be Avoided with Parkinson's?