Genetics and the Potential for Developing Parkinson’s 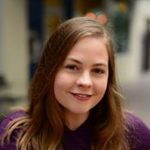 “Am I going to get Parkinson’s?”

That was one of the questions I asked my first neurologist in the initial year we worked together in a (failed) attempt to manage my intractable migraine. While I was only in my twenties at the time, and exhibited no warning signs of the disease, it still weighed heavily on my mind due to a strong family history.

“We don’t have any tests to check for it yet,” she replied, “and even if we did, would you really want to know?”

This was 2008, and I’m still not sure if I really want to know. However, genetic testing for certain genes is now available (specifically, PINK1, PARK7, SNCA, and LRRK2), though there is still some debate over how meaningful those results will be. The science on Parkinson’s has come a long way since 2008, however, and at least some of what I read calms my nerves.

While there are approximately 60,000 new cases of Parkinson’s disease identified in the U.S. each year, and more than four million people live with the disorder worldwide, only about 15 percent of people with Parkinson’s have a family history of the disorder, according to the U.S. National Library of Medicine.

We each have two copies of every gene in our body, creating a pair. We inherit one copy of the gene from our mother and the other copy of the gene from our father. We then pass down to our offspring one of the two copies of each pair. Which copy that will be — the one we inherited from our mother or the one we inherited from our father — is random. Each copy in a pair has as much of a chance to be passed down as the other.

What does it mean for Parkinson’s?

In general, it means there is safety in numbers. The National Human Genome Research Institute believes that inheriting a non-working copy of a single one of the seven identified genes associated with Parkinson’s will not cause the disorder. Instead, they say “other complicating factors such as additional genes and environmental factors determine who will get the condition, when they get it and how it affects them.”

Basically, it appears that inheriting multiple mutations of these genes or experiencing certain epigenetic or environmental factors in addition to inheriting non-working genes most likely contributes to developing the disorder. This makes me feel better personally, because it’s statistically less likely to inherit multiple non-working genes that affect the same thing. However, there is one caveat. When discussing what makes a genetic cause more likely, the National Human Genome Research Institute does say this:

“When three or more people are affected in a family, especially if they are diagnosed at an early age (under 50 years) we suspect that there may be a gene making this family more likely to develop the condition.”

As someone whose family history lies close to that scenario, I’m concerned. Especially given that I have chronic migraine with aura, and women with aura who experience migraine in middle age are more likely than others to have Parkinson’s disease and/or symptoms of Parkinson’s later in life. Will I rush out and get the available testing, though? Probably not. After all, 15 percent is still small. Most instances of Parkinson’s disease appear to be caused by something other than genetics. I’ll probably continue to take my chances with the unknown.

What about you? Have any of you had genetic testing for Parkinson’s? If so, are you glad you did?